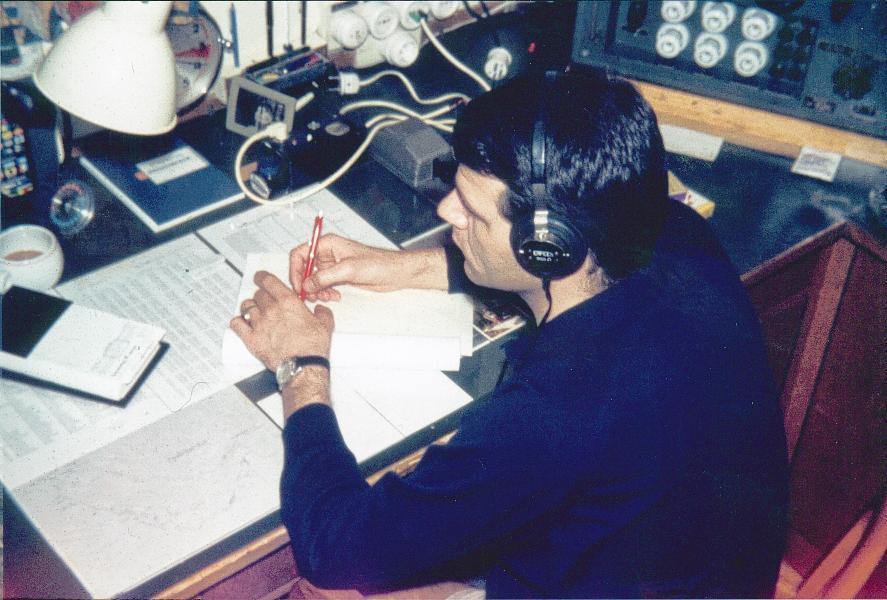 R/O Rolf MARSCHNER on the Radio Room of DEET

In 1999 Maritime Radio Communications   changed  around   the  world and the use of W/T (Wireless telegraphy) was abolished. ´The Merchant Marine   Radio   Officer   was  not   needed  anymore and his service on board   ships   ended.   After   a  few   years  Radio  Officers  of  several countries got in touch with each other to follow up and discuss new and old radio technologies. This site will be a support for them so they have the possibility to exchange information.

The group will observe developments in communications at sea, because some of us still believe that the use of  Morse   Code   is easy, fast   and  reliable  –  obsolete   only  for   those  who   don’t understand that the obsolescence of W/T is due only to poor and distorted information by the “media”.
We have a forum  where   you  can   meet   Radio Officers   who are no longer   on   board their   ships,  but still   alive  to  support   with   their professionalism, the changes and developments of communications at sea for true safety of life at  sea. For   the  forum  access  click  on   the  following URL: http://groups.google.com/group/radio-officers?hl=en

The Radio in the Era of digital communications

“Of course today there is the Internet, television, computers, cell phones, but it is not the same.

That’s  you don’t connects directly to someone, you are forced to use networks, infrastructures, external systems, some media.

With the radio it’s not so: it’s just you, the radio, and the antenna.

There is nothing  in the middle that depends on others, and if you are able to connect someone on the other side of the World, it just depends on your skills and abilities.”

On this website  there is  a  section  dedicated  to  R/O’s pictures  and vitas, if  you  whish  to  be  included  on  the  list  please  send  to  the webmaster your photo and  curriculum, it will be a great pleasure  to have you on this site.

Any cookies that may not be particularly necessary for the website to function and is used specifically to collect user personal data via analytics, ads, other embedded contents are termed as non-necessary cookies. It is mandatory to procure user consent prior to running these cookies on your website.

Create a website and earn with Altervista - Disclaimer - Report Abuse